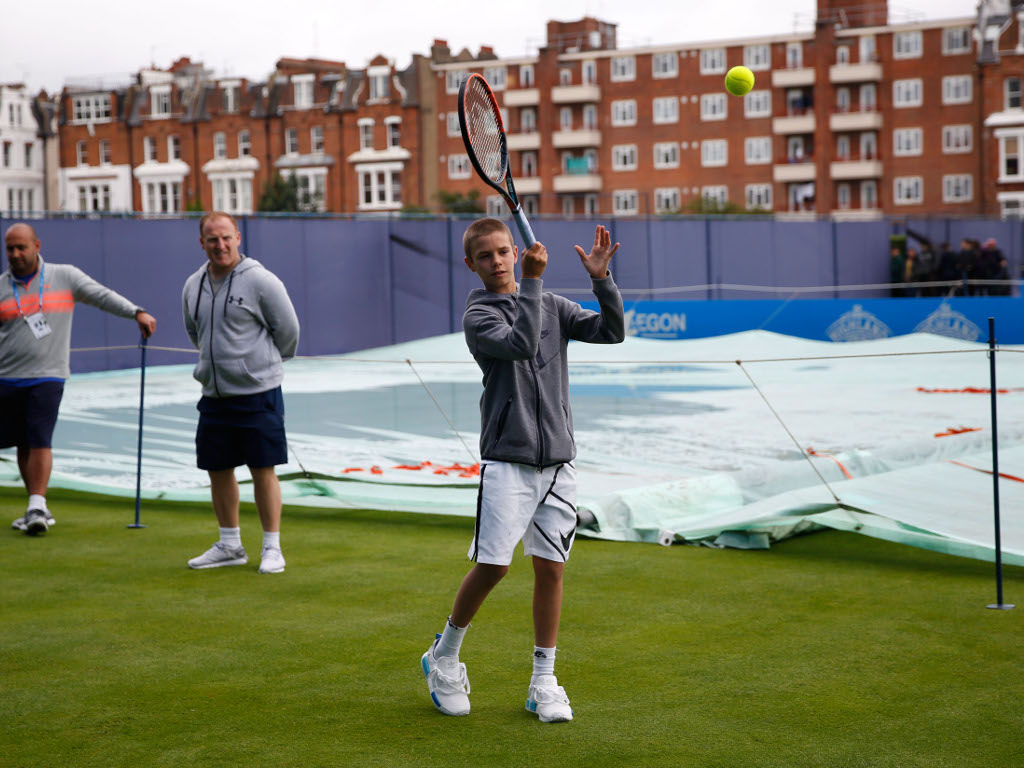 It wasn’t that long ago that Romeo Beckham was in the Arsenal Academy, but he has decided to turn his attention to tennis.

David and Victoria Beckham’s second eldest son initially looked set for a career in football as he was enrolled at the Arsenal Academy, but dropped out in 2016 and it now appears that he is keen on a tennis career.

The 15-year-old had a practice session with Wozniacki in Miami over the weekend and then took to Instagram to first say thank you the Dane and then to show off his skills.

Thank you so much @carowozniacki !!??

It is not the first time that Romeo has received private tennis lessons from a professional as Grigor Dimitrov has also spent time on the court with him.