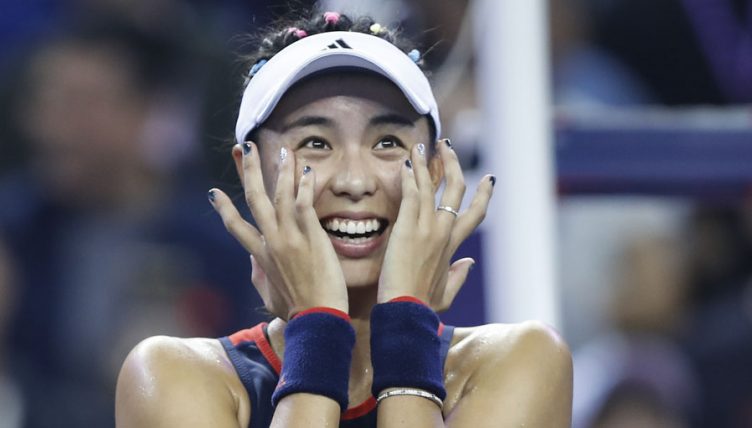 Wang Qiang made the most of Madison Keys’ bad fortune by powering past Garbine Muguruza and into the WTA Elite Trophy final.

Wang replaced Keys in the semis after the American, who won the Azeala Group, withdrew with a knee problem.

She took full advantage, though, breezing past Muguruza 6-2 6-0, including an 11-game streak that saw her over the line.

Unfortunately, due to injury, @MadisonKeys has had to withdraw from the @WTAEliteTrophy.

Qiang Wang will replace her in tonight’s semifinal vs. Muguruza–> https://t.co/Ac06qmSD4Q pic.twitter.com/hNxSDxOff8

There, she will come up against Australian Ashleigh Barty, who was far too good for Julia Goerges.

Barty dropped the first set but found her rhythm midway through the second to power to a 4-6 6-3 6-2 win.