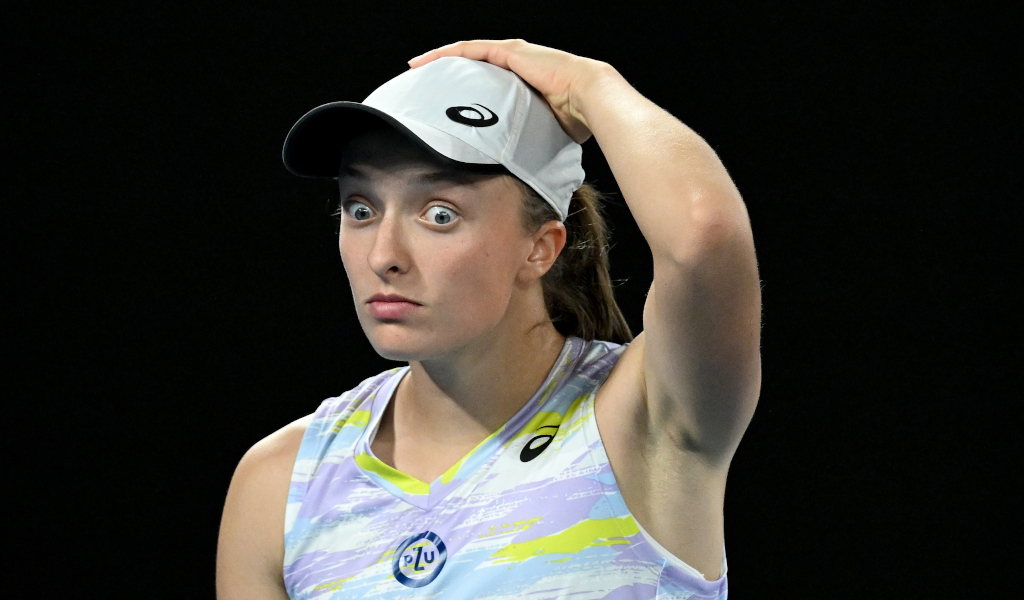 Iga Swiatek made history as only the fourth woman to win the Sunshine Double in a terrific March.

She has now also been honoured for producing the shot of the month for March in her Round of 32 match against Madison Brengle at the Miami Open.

Swiatek breezed past Brengle 6-0, 6-3, going on to win the tournament and become the youngest woman to claim the Sunshine Double.

She needed to beat Brengle to be assured of ascending to the WTA World No 1 ranking and did just that, being confirmed as the new top player on 4 April 2022.

Swiatek started the 2022 season ranked ninth but the retirement of Ashleigh Barty and her incredible run of form has propelled her to the very top of the women’s game.

Brengle was one of three players to be handed a bagle set by Swiatek at the Miami Open, a group that includes runner-up Naomi Osaka.

Swiatek went unbroken in three of her victories at the Hard Rock Stadium, proving imperious on serve against Osaka, Petra Kvitova and Coco Gauff.

The 20-year-old Pole is the first woman to win the first three WTA 1000 events of a season.

Swiatek won 73 of the 99 games she played in Miami.

Her 17-match winning streak at WTA 1000 events is now the joint third-longest in history equalling Viktoria Azarenka’s streak between 2012 Tokyo and 2013 Madrid.

It has been 22 years since a woman lost fewer games than Swiatek to win the Miami Open.

Swiatek is proving to be a big-match player having now won 13 of her 14 career finals in ITF and WTA competition.

The 2020 French Open champion carries a 26-3 season record into the clay court season. She is 4-1 against Top 10 players, with her sole loss coming to Ashleigh Barty in the Adelaide semifinals.