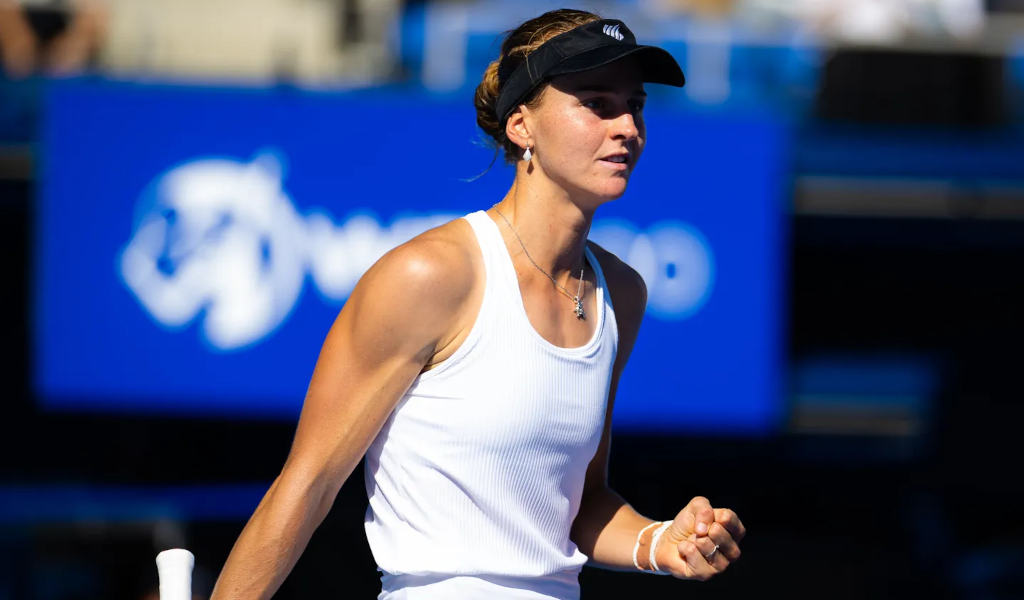 After winning her third title in four tournaments on Sunday at the Pan Pacific Open Liudmila Samsonova revealed that Wimbledon’s ban on Russian players gave her time to transform her game.

The World No 30 beat emerging Chinese star Zheng Qinwen 7-5, 7-5 to add to titles won in Washington and Cleveland in August.

Samsonova did not drop a set all week in Tokyo.

The 23-year-old Russian was “shocked” when she heard that Russian and Belarusian players were banned from Wimbledon in response to their countries’ invasion of Ukraine.

However, Samsonova says she used the month off to sharpen her game and feels she is now reaping the benefits.

“I said, ‘OK, I have one month without tournaments, so let’s work this month’,” said the powerful Samsonova, who hits between 120 and 150 practice serves every day.

“I used it so well because I was working so hard. I had 32 days of just practising, which is not normal at that time of the year for a tennis player.”

Samsonova said she worked on her mental strength and technique during her summer break, and the improvement was plain to see in Tokyo.

She had her service broken only once in the final during a controlled performance against fast-rising Zheng.

“I was feeling great physically but I was feeling a little bit tired mentally,” said Samsonova, who reached the last 16 at the recent US Open.

“I’m very happy how I managed today with the pressure — it’s unbelievable what I did today. All the week was really impressive and I’m really happy about my game.”

Zheng was appearing in her first WTA final having knocked out Spanish top seed Paula Badosa in the second round.

The teenager was ranked outside the top 150 this time last year but she has now risen into the top 30 when the latest rankings were published on Monday.

“This week has been really good and I had a good performance,” said Zheng, who also took a set off world number one Iga Swiatek in their last 16 meeting at this year’s French Open.

“But I think I can do a lot more than this. This was an experience – it was my first time to arrive in a final.”

“I just hope next time I can come back stronger and better,” she added.

The Pan Pacific Open was held for the first time since 2019 because of the pandemic.

A host of big names departed early perhaps feeling the effects of a hectic schedule, with US Open semi-finalist Caroline Garcia of France joining Badosa in a second-round exit.

READ MORE: Taylor Townsend comes full circle after ‘working her ass off’, but fat and nasty headlines triumph over truth