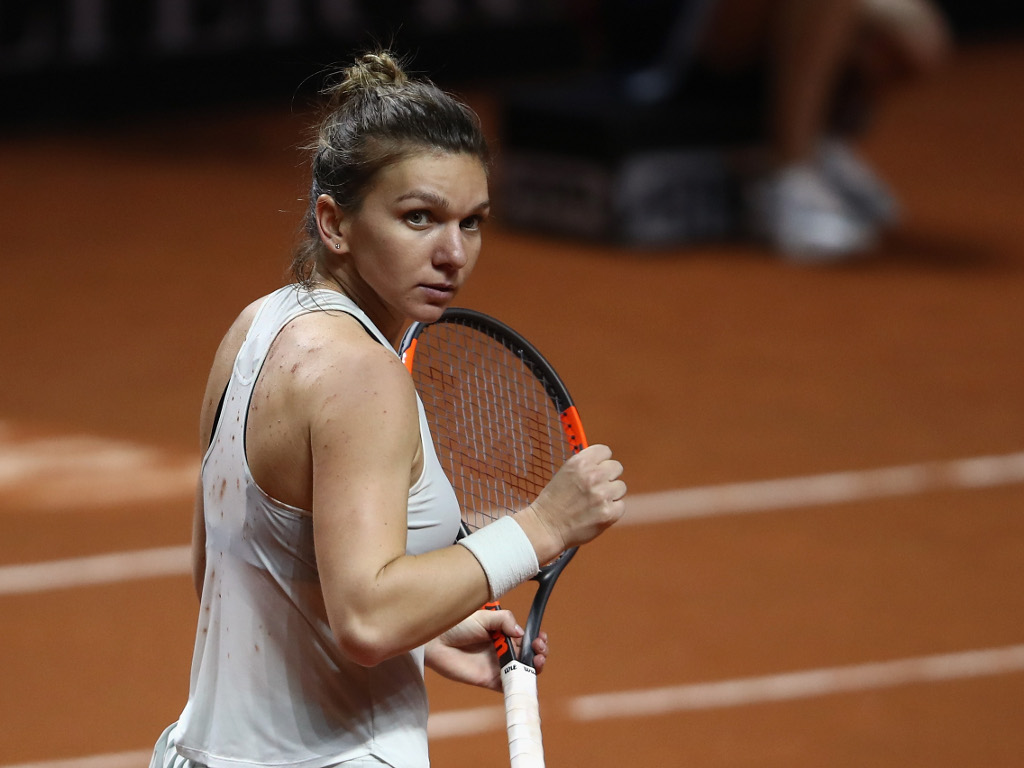 World No 1 Halep lost the opening set against Magdalena Rybarikova before getting her act together to claim a 4-6, 6-2, 6-3 victory in one hour and 52 minutes.

“She played really well in the first set; she’s always been a really tough opponent for me,” the Romanian said after he win. “I just wanted to keep the ball in, and play more to her backhand.

“I tried to stop missing because I was missing a lot at the start of the second set. From there, I was able to find the rhythm and play point by point.”

Vandeweghe had no such problems as she brushed aside fellow American Sloane Stephens 6-1, 6-0 in just 56 minutes to set up a clash against defending champion Laura Siegemund from Germany.

“I’ll never like it. This is my second time in Germany – I’m not here for the clay, it’s more the shopping. I didn’t come out here to play and lose.”

Kerber also had a relatively easy evening as she beat two-time Grand Slam winner Petra Kvitova 6-3, 6-2 in one hour and 17 minutes.

Two-time Stuttgart winner Keber’s victory came only a couple of days after she went lost against Kvitova during Germany’s Fed Cup semi-final defeat against the Czech Republic.

“I knew what to expect,” the German said. “We played three days ago and I know how she played on Sunday.

“She was playing a good match. So, I was going out there, I had nothing to lose and I was just trying to play better than on Sunday, doing a few things a little bit different and also being more aggressive than I was on Sunday, taking the match in my hands. So, I think that was for me the most important thing today.”