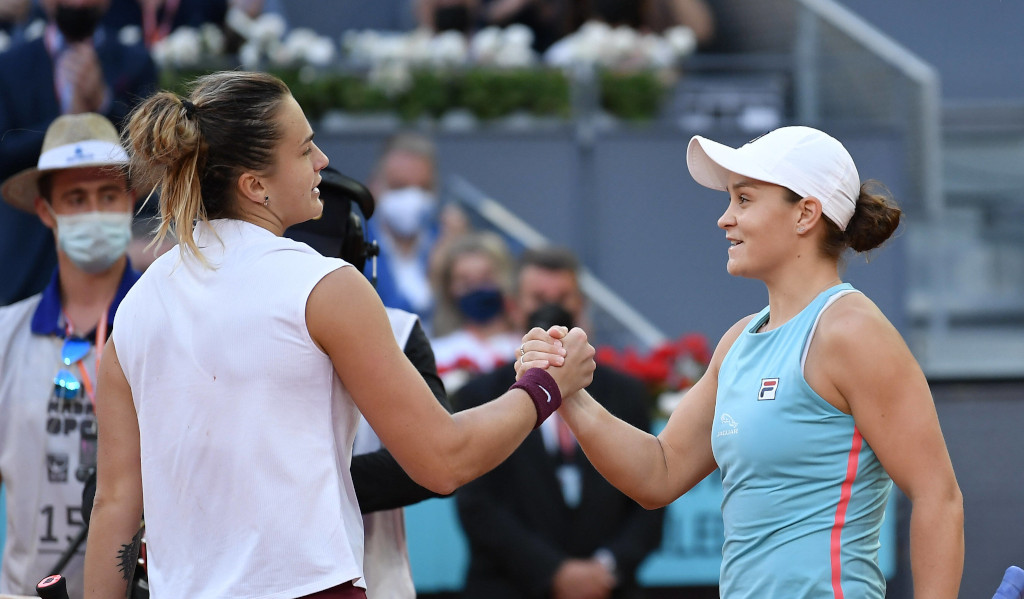 The 2021 Italian Open draw has thrown up an intriguing draw with Madrid Open finalists Ashleigh Barty and Aryna Sabalenka on course to meet in the quarter-final in Rome while Naomi Osaka and Serena Williams are also on a collision course.

Barty and Sabalenka have already met three times in 2021 with the world No 1 winning their quarter-final at the Miami Open and the Porsche Tennis Grand Prix final while Sabalenka turned the tables on Saturday to win in Madrid.

Top seed Barty will face either Italian wildcard Martina Trevisan or Kazhak Yaroslava Shvedova in the second round with Sabalenka a possible last-eight opponent.

However, the Belarusian has plenty of obstacles in her way if she comes through her opener against Camila Giorgi or Sara Sorribes Tormo as she could meet ninth seed Karolina Pliskova or rising star Coco Gauff in the third round.

In Section 2, former Australian Open champion Sofia Kenin and reigning French Open champion Iga Swiatek are the big names and could meet in round three while either two-time Grand Slam winner Garbine Muguruza or Elina Svitolina are projected quarter-final rivals.

👀 And now take a look at the #IBI21 #WTA Main Draw! pic.twitter.com/TErjALVOpi

Four-time major champion Osaka and 23-time Grand Slam winner Williams are the big guns in the bottom half with the duo on course to meet in the last eight.

Osaka will face either Julia Pegula or Daria Kasatkina first up with Jennifer Brady, whom she beat in this year’s Australian Open final, a possible third-round opponent.

Willams takes on either Nadia Podoroska or a qualifier in round two with Belinda Bencic the projected third-round opponent.

Third seed Simona Halep is the favourite in Section 3 and she will face either three-time major winner Angelique Kerber or a qualifier in round two with 13th seed Johanna Konta a projected third-round opponent and Bianca Andreescu a likely quarter-final rival.