WTA Rankings: Bernarda Pera on the cusp of Top 50 after going back-to-back 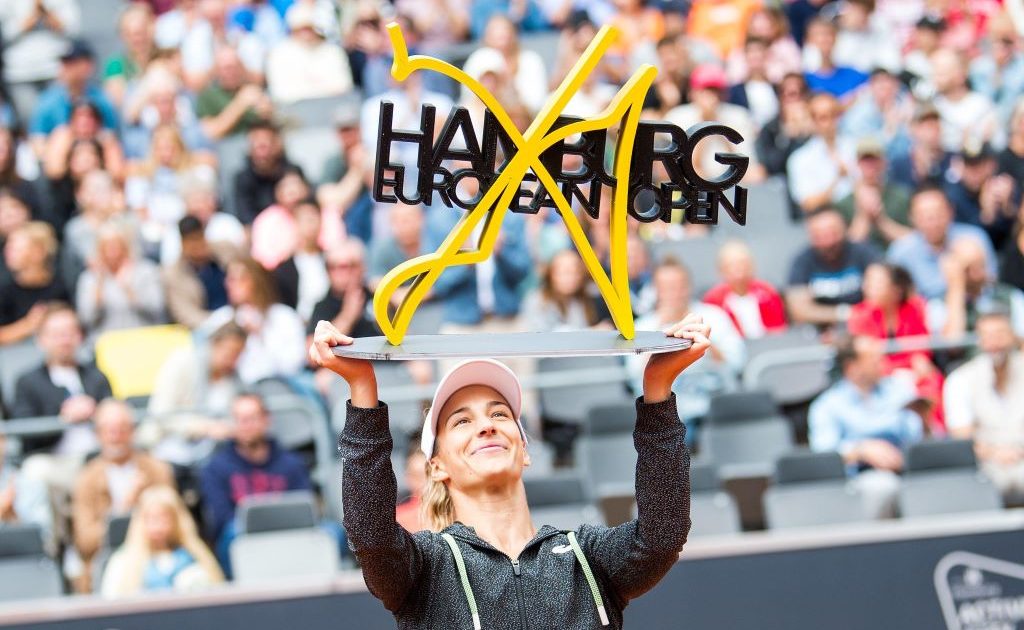 After her back-to-back titles in Budapest and Hamburg Bernarda Pera is on the cusp of breaking into the top 50 players in the WTA Rankings.

Pera moved up to World No 54 after another week without dropping a set as her main draw winning streak extended to 10 matches (she also won two qualifiers in Budapest).

The dual triumphs make her just the fifth American woman to win two or more clay court tournaments in the same season.

In the week of 11 July, Pera was ranked 130 in the world but has surged up and could break into the top 50 of the WTA Rankings soon.

Palermo finalist Lucia Bronzetti is another of the big gainers in the rankings this week as she surged up to World No 65 in a jump of 13 places.

She bagged 180 points at the ATP 250 event while the woman who defeated he for the title, Irina-Camelia Begu, also moves up 12 spots and is now ranked 33rd.

Bronzetti has worked her way up 83 places since the beginning of the year.

The Italian has made the fourth biggest jump in the year to date behind Martina Trevisan (88 places), Tatjana Maria (186 places), Daria Saville (333 places).

In other big moves, hardworking professional Diane Parry moved up ten spots as she continues to rack up tournament entries in a busy year.

The 19-year-old American reached 76th in the world after reaching the last eight in Palermo.

A first round win in Hamburg was enough to see Misaki Doi move up ten places to berak into the top 100 again at World No 97.

After her run to the quarter-final in Hamburg Katerina Siniakova also jumps ten places.

There have been no significant movements in the top ten with Iga Swiatek enjoying her 17th consecutive week at World No 1.

Anett Kontaveit chipped into her mammoth lead and enhanced her lead over World No 3 Maria Sakkari with her appearance in the Hamburg Open final.

Paula Badosa and Ons Jabeur round out the top five.

Jessica Pegula is the top-ranked American, while Garbine Muguruza and Danielle Collins have swapped places in eighth and ninth.

Emma Raducanu is tenth and remains the top-ranked Brit for now.