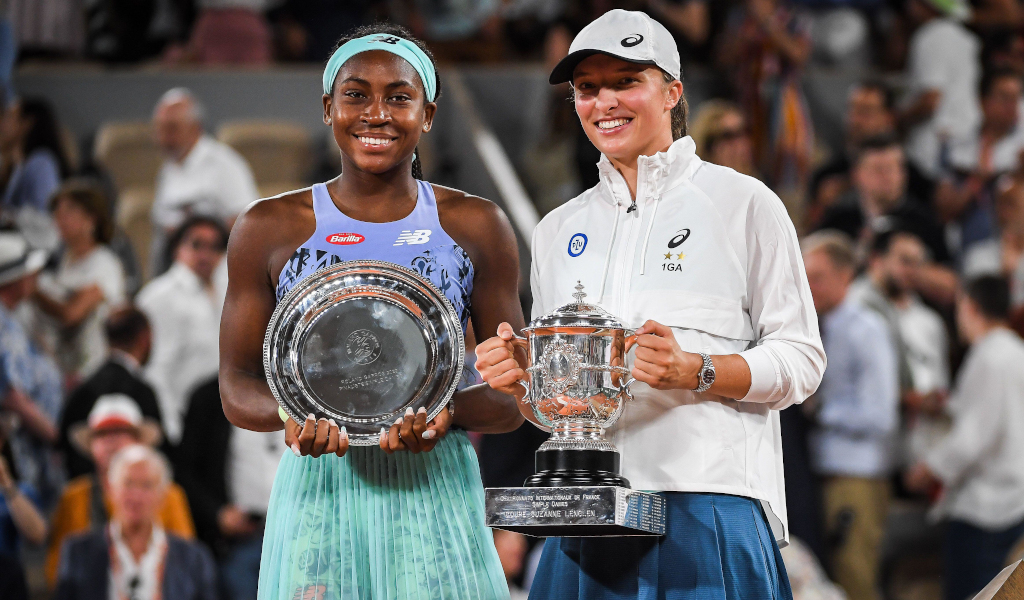 Iga Swiatek and Coco Gauff will run back their French Open final clash at the WTA Tour Finals in Fort Worth after being drawn together for the group stage.

The groups for the round-robin portion of the year-ending championships were drawn on Friday night in Fort Worth, Texas.

Players will face each of the other three players in their group across six days of action.

At the end of the round-robin matches, the top two players or teams from each group will advance to the single-elimination semifinals which will determine the two players who will face off for the Tour Finals title.

World No 1 Swiatek leads the Tracy Austin Group as she seeks to add to her eight WTA Tour titles this season which included her second and third Grand Slam titles at Roland Garros and the US Open.

Swiatek will have that rematch of the Roland Garros final against No 4 seed Gauff during round-robin play.

The two youngest players in the field, 21-year-old Swiatek and 18-year-old Gauff, have landed together in the Tracy Austin Group.

Cincy champion Caroline Garcia, winner of three titles this year, and No 8 seed and Russian No 1 Daria Kasatkina, a two-time titlist in 2022, round out the Tracy Austin Group.

Ons Jabeur reached her first Grand Slam finals at Wimbledon and the US Open this year, and tops the Nancy Richey Group which is arguably the tougher section in the singles finals.

No 3 seed Jessica Pegula, who won her first WTA 1000 title in Guadalajara last week, was also drawn into the Nancy Richey Group and comes in with renewed confidence.

Pegula has also reached the WTA Tour Finals as a doubles player in partnership with Gauff.

Greece’s Maria Sakkari and No 7 seed Aryna Sabalenka, both of whom are appearing in the WTA Finals singles field for the second season in succession, complete the Nancy Richey Group.

Krejcikova and Siniakova won three of the four Grand Slam titles this year, and they completed their Career Golden Slam with the US Open title.

No 3 seeds Gauff and Pegula are in the same group as Krejcikova and Siniakova.

Pegula says she likes playing doubles to work on her game.

“To me, even if you lose in singles, you still have the same kind of tournament routine in doubles. I think that’s important because sometimes something happens and you lose early in singles, the weeks can really drag on.

“It’s tough to get a practice court because people are still in the tournament. To me, staying in that mental state I think helps traveling and helps the weeks go by. It’s always good when you’re winning.”

READ MORE: Paris Masters draw – The eight men enjoying a bye into the Round of 32