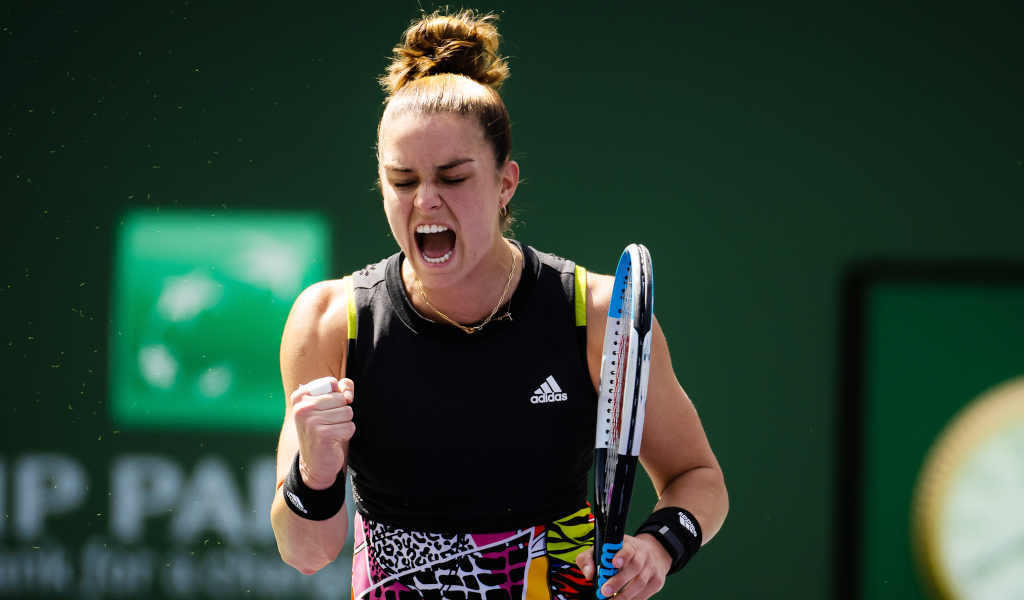 Maria Sakkari has become the eighth and final entrant for the WTA Tour Finals in Forth Worth.

Sakkari clinched her place by downing Russia’s Veronika Kudermetova in the quarterfinals of the WTA 1000 event in Guadalajara on Friday, 6-1, 5-7, 6-4.

Kudermetova was involved in what was effectively a shootout for the last spot with the Russian the only player left in the field capable of denying Sakkari a spot.

Sakkari saved 14 of 15 break points in the match which went on for over two and a half hours as the pair did battle for the prestigious place.

The Greek No 1 will face Marie Bouzkova in the Guadalajara semifinals.

Bouzkova also advanced on Friday night after Anna Kalinskaya retired from their quarterfinal while she trailed 5-2 in the first set, due to a toe injury.

Three women had clinched spots in the WTA Tour finals before this week.

Iga Swiatek’s presence was almost a foregone conclusion as far back as the French Open ans she would be the first woman to secure her place.

US Open finalist Ons Jabeur, who has enjoyed a breakout season, was the second woman to ensure she would book her ticket for Fort Worth.

Jabeur surged up to World No 2 this season, notched her first WTA 1000 title in Madrid and her first two Grand Slam finals at Wimbledon and the US Open.

She Jabeur rocketed to World No.2 this season, notching her first WTA 1000 title in Madrid and her first two Grand Slam finals at Wimbledon and the US Open.

Jessica Pegula was the third woman to ensure that her place in Forth Worth was safe.

Earlier in the week Coco Gauff then become the fourth player confirmed for the season-ender.

Garcia started the season outside the Top 70 but soared back into the Top 10 for the first time since 2018.

Aryna Sabalenka was beaten in the Round of 32 in Guadalajara but other results meant that she had done enough to secure a place in the season finals for the second time in her career.

Daria Kasatkina capped a year where she has come into her own as a player and as a person.