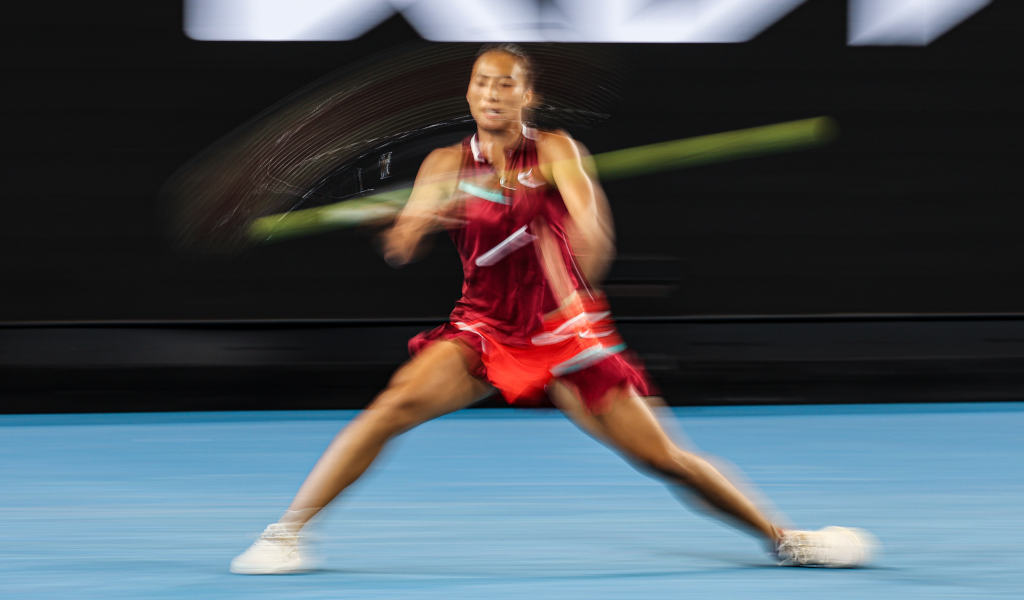 Chinese 19-year-old professional Zheng Qinwen is not content to be a WTA Tour also-ran.

Zheng has shot into the top 100 having reached her first WTA Tour semi-final in January.

She is slowly earning more opportunities after a grinding start on the ITF Women’s World Tennis Tour.

“I feel young people have to go out and fight for their dreams,” Zheng Qinwen told wtatennis.com.

“I saw people the same age as me much more in front of me. Not their level, just their ranking and their results. Inside I always believed I could be better, I just had to do it. I wanted to do something great in tennis. So because I had this mindset inside, I didn’t feel I had to stay at home or go back to China.”

Zheng takes inspiration for her game from Li Na who blazed a trail for Chinese women in Tennis.

She has learned that there is more to the game than raw power, which continues to improve Zheng’s game.

“I remember Li Na’s husband talked to my agent, and said I had a very good game and nice technique,” Zheng said. “The only problem I have is that I need to learn how to play tennis!”

Carlos Rodriguez is another figure of prominence in the young Chinese stars career.

“He taught me more about being more consistent, not only being just aggressive,” Zheng says. “Well, a lot of people told me this before, but he’s the only one who has had the patience to repeat it to me every single day until it arrives in my head and comes naturally.”

Tempering her aggression is part of the reason Zheng has opted to make clay her default training surface.

“I actually love to play on clay,” she said. “On clay, I naturally have more patience than on hard courts. For me, the hard-court game must be aggressive and fast. But when I arrive on clay, my mentality is that now is the time I have to be patient – because it’s clay and going slow.”

Zheng says she is learning from facing top opponents which inspires her to strive to be more consistent.

“They have a similar game for me,” she said.

“They are consistency players, they are not playing too fast, they don’t have really aggressive games. They won by my mistakes because I gave them a lot of easy mistakes. Like I say, I am aggressive but I have to be more consistent. What they taught me is that you can beat an opponent just by consistency.”