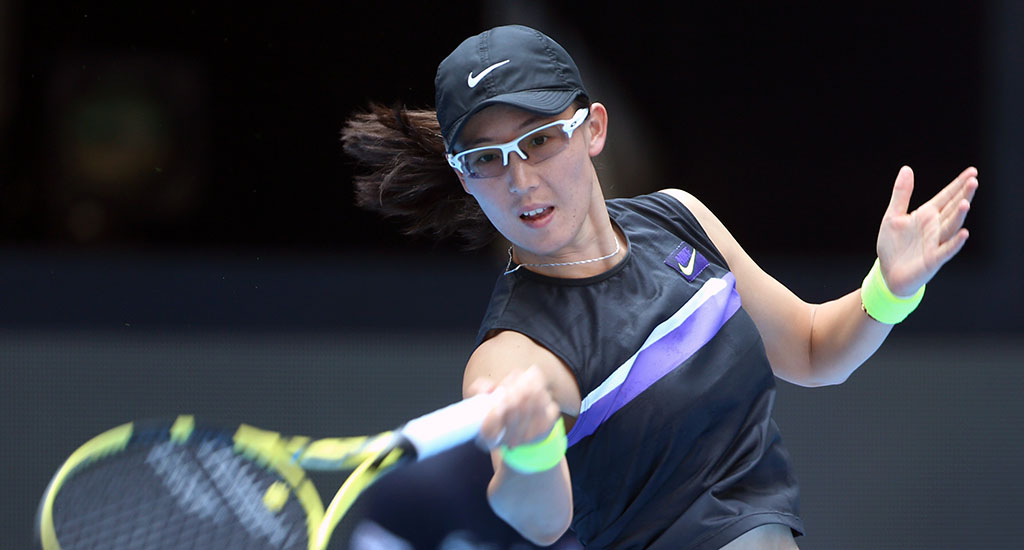 Zheng went through in dramatic fashion after winning the seven games she required in a 6-4 6-3 defeat.

But it could have been different if Martic had converted one of two break points at 4-2 in the final set, which would have seen her have the chance to serve for the match and go through to the knock-out stages instead by losing six games or less.

Zheng said on wtatennis.com: “This is the first time I have had this experience. Actually, I knew if I won a set, I for sure would be in, but I didn’t know exactly how many games.

“I was pretty tight because I knew I didn’t need to win the match, so I was like scared a little bit. It’s really the first time the feeling how I played – very nervous.””

Aryna Sabalenka edged out her doubles partner Elise Mertens 6-4 3-6 7-5 to join Zheng in the semi-finals.

Both players knew a victory would be enough to book their place in the final four and the Belarusian prevailed after a high-quality encounter lasting two hours and 20 minutes.

In the semi-finals Sabalenka will face Karolina Muchova, who came through a gruelling three-set tie of her own to beat second seed Sofia Kenin 6-4 4-6 6-3.

Zheng will face top seed Kiki Bertens, who had already secured her place in the last four.